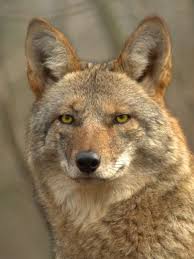 The archetype of the Trickster is one of the strongest initiatory teaching medicines a person can encounter.
In my practice there are no innately negative emotional processes. There are teaching emotions.

The trickster in North American culture is often represented by a Coyote, who is also one of the creation gods. The Great Coyote is one of the strictest teaching energies. One who sets traps that compel us toward ego, indulgence and self-limiting beliefs. To inauthentic compromise. The Great Coyote dances through the people and opportunities we meet. Offering us things that compel in us desires to be someone other than who we essentially happen to be. Ego traps, opportunities to look good, get rich, be admired, be accepted, be desired, be powerful, get revenge, ‘reclaim’* something etc that negate Our Integrity, Our Personal Truth and Our Destiny.

(*The terminology of ‘reclaiming’ is, in itself, an ego trap)

Examples of this are promotions in jobs we don’t like, relationships and friendships of convenience (such as befriending people as a means to an end rather viewing the relationship as a valued entity in itself), accepting praise that is not yours to accept, opportunism in doing things that bear social approval but are not your passion. The list is endless.

We learn a lot from Great Coyote about power and trust, about authentic pride, integrity and dignity, about the nature of seeking and encountering.

My own journey has largely been initiated by the teachings of the Trickster. In spaces where not all was what it appeared to be, where there were trapdoors into situations that I hadn’t completely envisioned myself in, attributions to things I don’t totally agree with, where my power was placed in another rather than myself, out of fear of abandonment, out of pride, out of the desire to be accepted and liked, out of the desire to be admired, for many reasons I have danced with Great Coyote and fallen on my ass.

I am sharing these lessons here so I can illuminate a few trapdoors and missteps that you may not want to stumble over or trip on.

For example there’s a video of me online promoting an organisation that is selling indigenous medicines from the Amazon jungle, who soon, it has been suggested, will be selling them from elsewhere.
I followed my intuition to this group and I participated in my first medicine retreat* (*note, not ‘ceremony’). I was so grateful for the access to the teachings of these medicines in Europe, but the group made little impression on me. The retreat contributed to my journey and there were many teachings in space that I still reflect on.

About two years later found out this group would be hosting ceremonies closer to home. A friend had begun participating and again, I followed my intuition to their retreat.
I received from the medicine the guidance I was there to receive and I felt the genuine care of the facilitators. The integrations were powerful and the participants demonstrated bravery and great acceptance.

I also had an awareness of the organisation as being one intent on expanding. I didn’t know whether or not I wanted to participate in this. I didn’t know if that was where my soul was calling me. During an integration the leader of the organisation spoke often and intensely about issues with under-staffing, surrounded by his openly exhausted team, with whom many of the participants had connected.
He very openly promoted a school they had for facilitators and denied the claims projected at the organisation that they were a ‘cult’.

Personally I felt that the leader was very adept at what he was doing in provoking in people a desire to change the world with Amazonian medicines. I also felt that the decision to intensely promote things to people in a catharsis process was definitively morally ambiguous to my moral standard.

In all honesty I felt above this trick. I felt I was of a superior intellect and guile and I would not franchise my own gifts out to the service of what I perceived to be a morally ambiguous organisation. The school cycles were expensive and long, the personal risk involved seemed high on an emotional, social, and legal level to the student and the workload seemed immense. There was time pressure and the facilitators were paid commission on the amount of medicines they sold, thus incentivising some to ‘push’ (not all did this, at least not to me) and keeping them in what I perceive as a state of dependency on the work due to the insecurity of income and the high investment of the intense school cycle and personal risk to pay for.

So I stayed ‘above’ it. Too smart for this trickster. During the retreat I befriended the videographer. He is a cool guy, very kind and fun to speak with. He was filming the retreat for a promotional video. I hung out with him, he told me he enjoyed what I shared in integration and asked if I’d like to be interviewed. I was flattered and in that space I felt there was an importance in sharing openly. Others had approached me too and complimented me on ‘my’ insights. I like to speak publicly, and I felt this being admired and appreciated by a group of people when it so very much came from the heart was great; so I consented.

And, like that, through self-inflation of my own ego, my own desire to impress and be impressive, had me promoting through my own image an organsiation that I do not agree with the morality of.

Recently, again through a friend, I attended a very poorly held space. Again this space was part of the now trendy plant medicine ‘ceremonies’ culture. I do not need to go into the intricacies of this space but I can say that the level of facilitators to the work they are trying to do is not congruent and to me is honestly dangerous.

At the end of this retreat I was coerced by childlike group think into a photograph that I was not comfortable being in. I had no desire to use my image to promote the work of this group. Yet again, there I am. In an image that this group is using on social media to encourage people to their ‘work’.

In both instances I went against my own intuition and integrity. Each instance was a very different reason and these reason to me are at the core of my entrapment fears.
The first was entrapment through hubris, through pride, through an idea of myself as some sort of herald, who would be seen by the masses to be somehow wise, to have my image seen as beautiful. And maybe that is how that video is seen, and maybe I just look unhinged and a bit crazy in a llama jumper. Hey, we all see through our own eyes. One thought that to me is true is I am not being seen by many people on my terms. I am being seen as part of an organisation I don’t agree with.

Likewise in second example, I lost my self image through peer pressure, rush and intensity of expectation. I succumbed to something just to get it out of the way and let those who were grasping for a group photo have it so I could leave and get out of there.
I sacrificed myself to a group for whom I did not care. I gave myself in that moment to something I did not believe in.

Amongst the ways to be experience the wound self-loss, being seen to be someone you are not over and over again by many people you will never meet is a powerfully humbling one.

This is the ultimate challenge of what I shall call ‘The Inconvenience of Absolute Self Trust’. Self Trust and Self Ownership quite simply are about being comfortable with disappointing others and being overlooked. To Know Thyself means to Chose Thyself, even if you have to deflect the praise you did not earn and no one likes you from time to time.

Therefore my medicine from the trickster, from Great Coyote, was the lesson of humility and the strength to own my ‘self’ with integrity in the face of expectation and flattery.

Sine these lessons I have learned the importance of anchoring myself in the practice impeccability, humility, sovereignty and self-responsibility. Then when the temptation arises to be someone I am not here to be, I have a reference point for Truth to check against the many Trickster energies life faces us with.

I, as always, pray that in sharing my insights that you who reads this will follow your truth and your intuition with loyalty and gain greater confidence in your Self Trust, Personal Truth and Destiny.

No matter what the inconvenience may be. 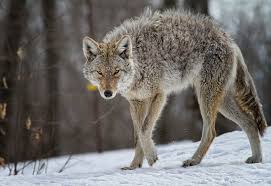